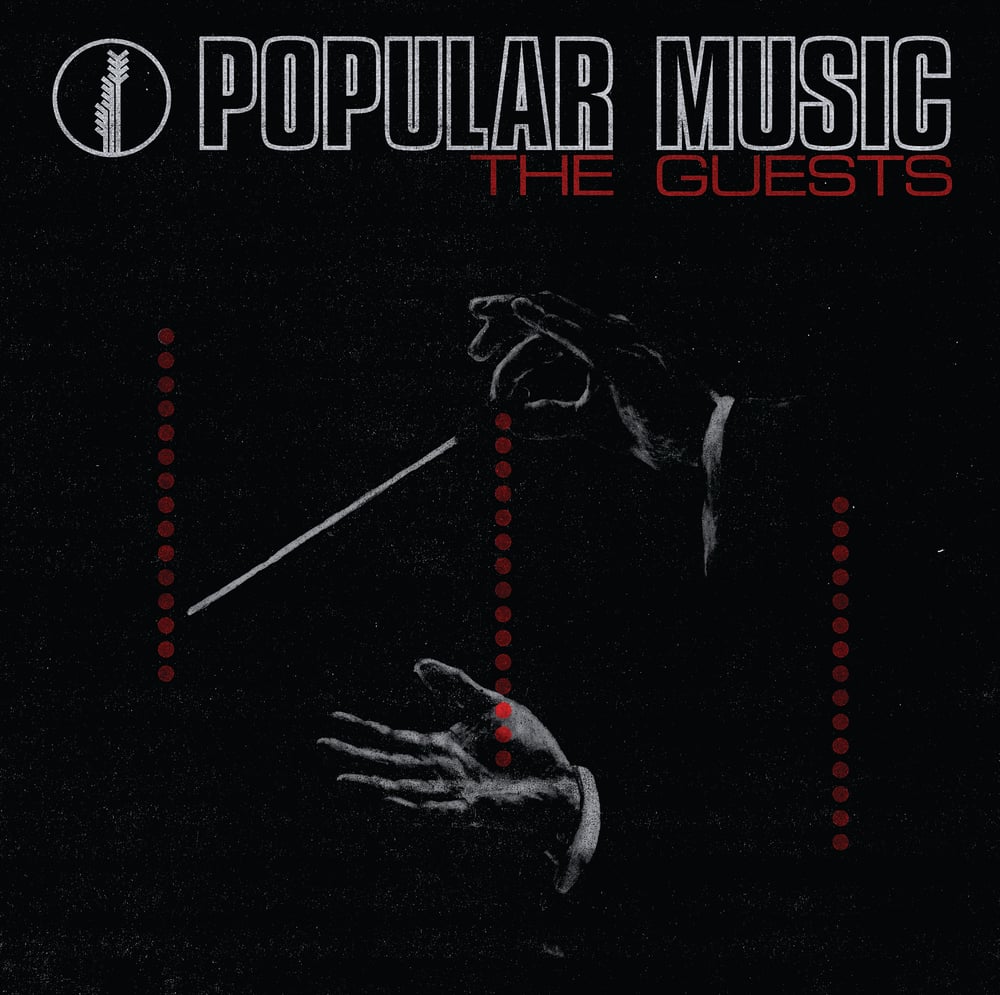 "Despite having formed in late 2014, this is The Guests’ first full length release, following two cassettes and a European-pressed record collecting the songs from the tapes. According to guitarist Alki Meimaris, the band, made up of him, Florence Lin on synth, lead singer Christian Vogan, Kyle Seely on drums, and his brother Hart on bass, has always kept the same intentional approach to making music: “The purpose of the band is to make the idea of radical left politics more approachable as a solution to global issues of poverty and inequality, to whoever listens.”
Musically the band sounds similarly to British synth-pop pioneers Heaven 17 or Disintegration-era Cure: think bold, fun synthesizer and guitar lines backed up by very catchy, machine-like drums and bass. This is music that makes you want to dance. But can the music exist apart from the politics? Asked about that, Meimaris said, “We hope that people can enjoy the music independently. But we have the knowledge that the music and the politics can never be pulled completely apart at the end of the day. The music is a sugar pill that helps the medicine of our politics go down.”
While the band’s shared membership with garage rockers Sheer Mag is something that is brought up often – the Seely brothers are in both – the similarity between the two goes well-past their lineups. While their respective genres are pretty dissimilar, both The Guests and Sheer Mag play a classic style of music that is easy to take in and enjoy while also having an incredibly poignant and purposeful political message.
Like everything else the band does, the album’s name is very intentional. According to Meimaris, Popular Music is meant to highlight the “inextricable link” between pop music and populist politics. While there are many examples of that sort of thing in the past – the aforementioned Heaven 17, Gang of Four, The Specials, and The Clash, just to name a few – it’s not something that is as prominent these days, at least not in an overt kind of way.
“Let’s face some simple facts / The right has got no rhythm / And as I get riled up / No hope for them at all” lead singer Vogan sings on “Kicked and Punched, Rounded Up, and Stunned,” about putting your body on the line to bring about revolutionary change, though it’s unclear if he means on the dance floor or out in the streets. Either way, the message is as necessary as the song is clever and fun.
Still, there are people who aren’t going to pay attention or just flat-out ignore what the band is saying. Asked about that, Meimaris told The Key that, “You can’t sing a song you like without knowing the lyrics. You can’t even whistle a song you know the lyrics to without thinking about the lyrics. If people were never going to pay attention, they were never going to. It’s our job to make the music so good that the lyrics seep in eventually. If our message doesn’t get across, that’s on us.”